The return of the AG


We’ve talked recently about African Swine Flu sending the Hog market for a ride, and that’s just the sort of thing we imagined in our 2019 Outlook whitepaper when we talked about the “return of Ag.” There’s been four straight years of volatility contraction for the Ag markets, and there’s a real threat that the increasingly connected global food supply and increase in the volatility of the weather causes some outlier moves in Ag markets.

Enter Bloomberg, with their Pessimist’s Guide to 2019: Fire, Floods, and Famine, a sort of worst case scenario they imagined where record forest fires, bigger and costlier hurricanes, and hotter and longer droughts unfolded into a sort of global nightmare situation with resulting food riots, bread lines, and all the rest.

Here’s the pretend headline from the future they imagined:

It’s as out there as you can get – and they even admit that maybe it “…sounds far-fetched” before pointing out that “all of the weather scenarios and most of the policy scenarios described here have happened in the past, just not at once.” Bloomberg references case studies throughout the article where situations like this have all happened before – like the 2011 Brazilian Crop Devastation, and the 1993 Japanese Rice Crisis.

Don’t remember those crisis periods as well as the ’07/’08 financial crisis here in the U.S.? Neither did we. So we looked up a couple of these examples to show how the futures prices were moving during these real-life crises.

The coldest-ever summer in many parts of Japan had damaged rice crops. Production was down 26 percent from a year earlier. Japanese consumers needed 2.7 million more tons than was on the market and rice stockpiled in government warehouses was less than 10 percent of that.

To make matters worse, in August there were media reports that harvests were still deteriorating across the nation. Some wholesalers began withholding their stockpiles. Rice prices in supermarkets started climbing. Eventually they would double. Because of hoarding, rice virtually disappeared from store shelves. 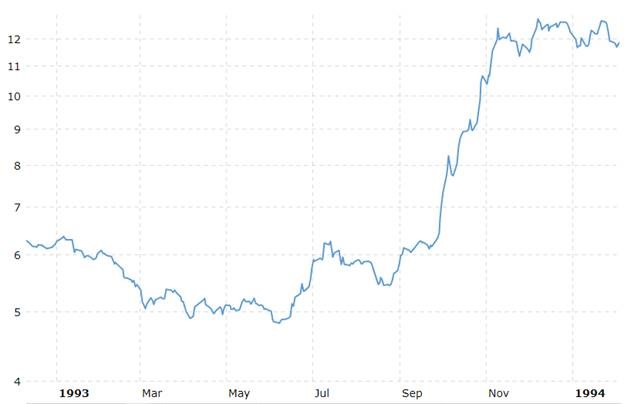 …the government banned export sales of wheat…
A drought in 2010 had slashed the country’s wheat crop to a level barely above consumption. The ban was to ensure the country’s consumers didn’t have to compete with international buyers for the scarce supply. [But] As wheat futures soared on the Chicago Board of Trade, domestic prices in Russia, a top shipper of the grain, slumped. 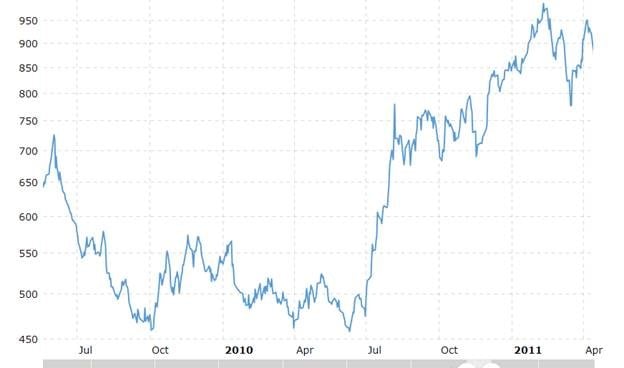 All of this is to say – commodity markets don’t care how many subscribers were added last quarter, how many cars produced, or what the Fed is up to. Commodity prices move to their own beat – based on things as variable as the weather, a drought, or a poor policy decision. Check out our infographic on what moves commodity prices. 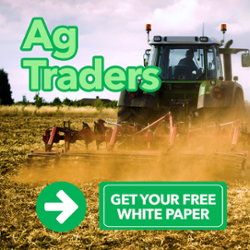 Disclaimers
RCM Ag Services is a registered DBA of Reliance Capital Markets II LLC. Trading futures, options on futures, and retail off-exchange foreign currency transactions are complex and involve substantial risk of loss and are not suitable for all investors. Loss-limiting strategies such as stop loss orders may not be effective because market conditions or technological issues may make it impossible to execute such orders. Likewise, strategies using combinations of options and/or futures positions such as “spread” or “straddle” trades may be just as risky as simple long and short positions. There are no guarantees of profit. You should carefully consider whether trading is suitable for you in light of your circumstances, knowledge and financial resources. You may lose all or more than your initial investment. You should not rely on any of the information herein as a substitute for the exercise of your own skill and judgment in making such a decision on the appropriateness of such investments. Opinions, market data and recommendations are subject to change without notice. Reliance Capital Markets II LLC shall not be held responsible for any actions taken based on this website or attached links. Parties acting on this electronic communication are responsible for their own actions. Past performance is not necessarily indicative of future results.