We had always assumed William Shatner had made a killing being the spokesperson for Priceline (now known as Booking Holdings $BKNG) , with the stock being one of the best performers in the US market over the past 10 years, up about 1,900% (yeah, with a comma). Here’s that price action:

Problem is (well, Shatner’s problem, at least) is that Captain Kirk – who can stare down photon torpedoes and take on Klingons in hand to hand combat – sold out of his Priceline stock somewhere over there in 2002 accoring to a recent Wall Street Journal piece, when it was in a massive drawdown of about -96%. Who in their right mind holds on to something that loses essentially all of its value?  Not even Captain Kirk, it turns out.

Problem is, if he had just set his phasers to systematic, and put a simple moving averager cross-over or similar strategy to work. He would have avoided that nasty sell off during the dot com bust and (perhaps more importatnly) been able to see when to get back on the Priceline train before it ran away. There were mitigating circumstances, like his contract stipulating that he couldn’t cash out immediately, but still… this kind of story reminds us of the “Billionaire Investor, Millionaire Mistakes” made by Bill Ackman with Valeant. 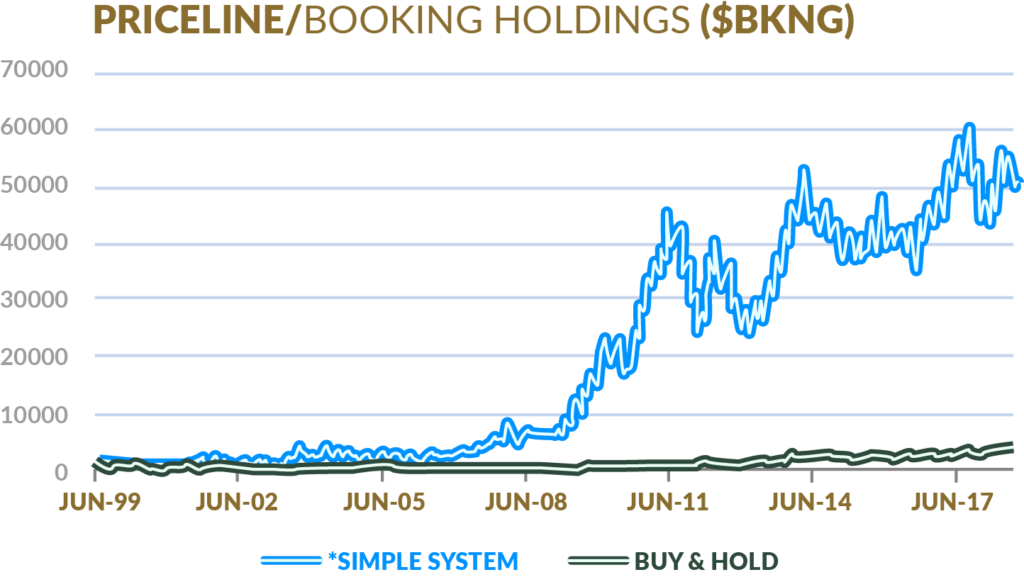 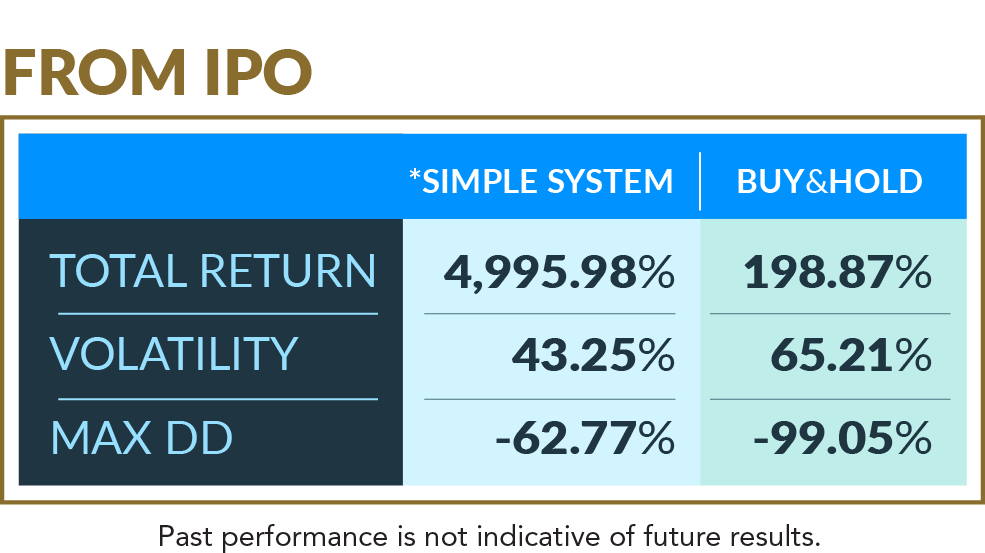 You can see that the simpel model does much better than buy and hold. But, there’s an interetsing twist here. Say Shatner was forced to hold the stock through the dot com bust and didn’t have the ability to use a syematic model to go flat (ignoring for a second that he could have created a synthetic short position via options or nasdaq futures or a few other methods), and just used the model to regain exposure after the crash. Buy and Hold actually outperforms the model by about 2.5 to 1 since 2003, thanks in large part to any and every move lower proving to just be a head fake and not a real dip. 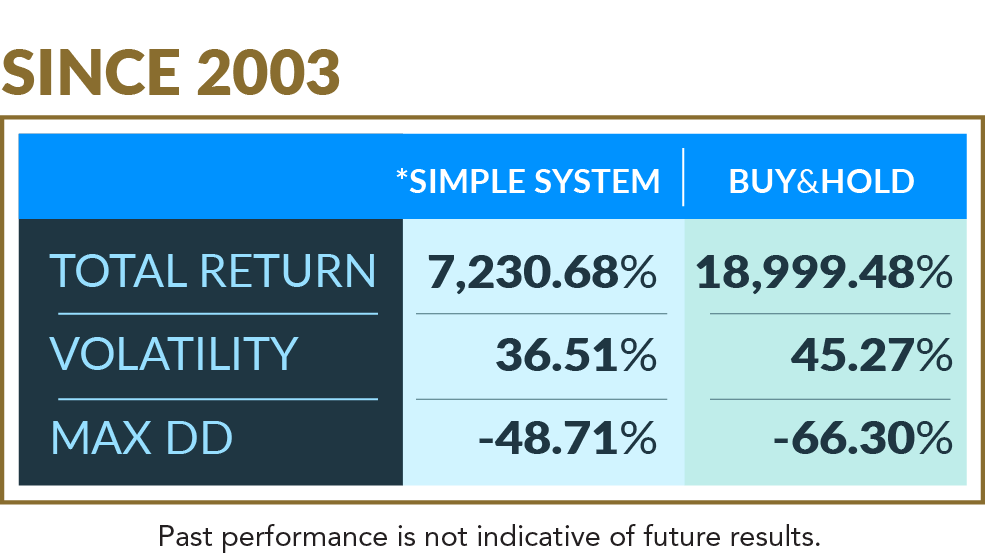 But we would still tell Captain Kirk to set his phasers to systematic every time. All that’s needed is a quick look at the top chart, or the savings in drawdowns or voaltilty, or Ackman’s troubles with Valeant, to tell us that systematic would allow us to sleep a little better, and to actually get to those huge gains. Its one thing to be invested in a high flier like Priceline or Apple or Amazon. A few thousand put into those even 10 years ago is now worth hundreds of thousands, but it’s quite another to be able to handle the wild swings and terrible drawdowns on the way there. Better to have faith in a model to protect against negative -99% and end up with half the gains, in our book.

*HYPOTHETICAL PERFORMANCE RESULTS HAVE MANY INHERENT LIMITATIONS, SOME OF WHICH ARE DESCRIBED BELOW. NO REPRESENTATION IS BEING MADE THAT ANY ACCOUNT WILL OR IS LIKELY TO ACHIEVE PROFITS OR LOSSES SIMILAR TO THOSE SHOWN. IN FACT, THERE ARE FREQUENTLY SHARP DIFFERENCES BETWEEN HYPOTHETICAL PERFORMANCE RESULTS AND THE ACTUAL RESULTS SUBSEQUENTLY ACHIEVED BY ANY PARTICULAR TRADING PROGRAM.

ONE OF THE LIMITATIONS OF HYPOTHETICAL PERFORMANCE RESULTS IS THAT THEY ARE GENERALLY PREPARED WITH THE BENEFIT OF HINDSIGHT. IN ADDITION, HYPOTHETICAL TRADING DOES NOT INVOLVE FINANCIAL RISK, AND NO HYPOTHETICAL TRADING RECORD CAN COMPLETELY ACCOUNT FOR THE IMPACT OF FINANCIAL RISK IN ACTUAL TRADING. FOR EXAMPLE, THE ABILITY TO WITHSTAND LOSSES OR ADHERE TO A PARTICULAR TRADING PROGRAM IN SPITE OF TRADING LOSSES ARE MATERIAL POINTS WHICH CAN ALSO ADVERSELY AFFECT ACTUAL TRADING RESULTS. THERE ARE NUMEROUS OTHER FACTORS RELATED TO THE MARKETS IN GENERAL OR TO THE IMPLEMENTATION OF ANY SPECIFIC TRADING PROGRAM WHICH CANNOT BE FULLY ACCOUNTED FOR IN THE PREPARATION OF HYPOTHETICAL PERFORMANCE RESULTS AND ALL OF WHICH CAN ADVERSELY AFFECT ACTUAL TRADING RESULTS.