The FIA (Futures Industry Association) is out with their annual data showing just how big the futures and options (what we some might call derivatives) world is. Specifically, looking at the 2017 volume and open interest on all futures and options exchanges. 2017 held steady with 25 Billion contracts: 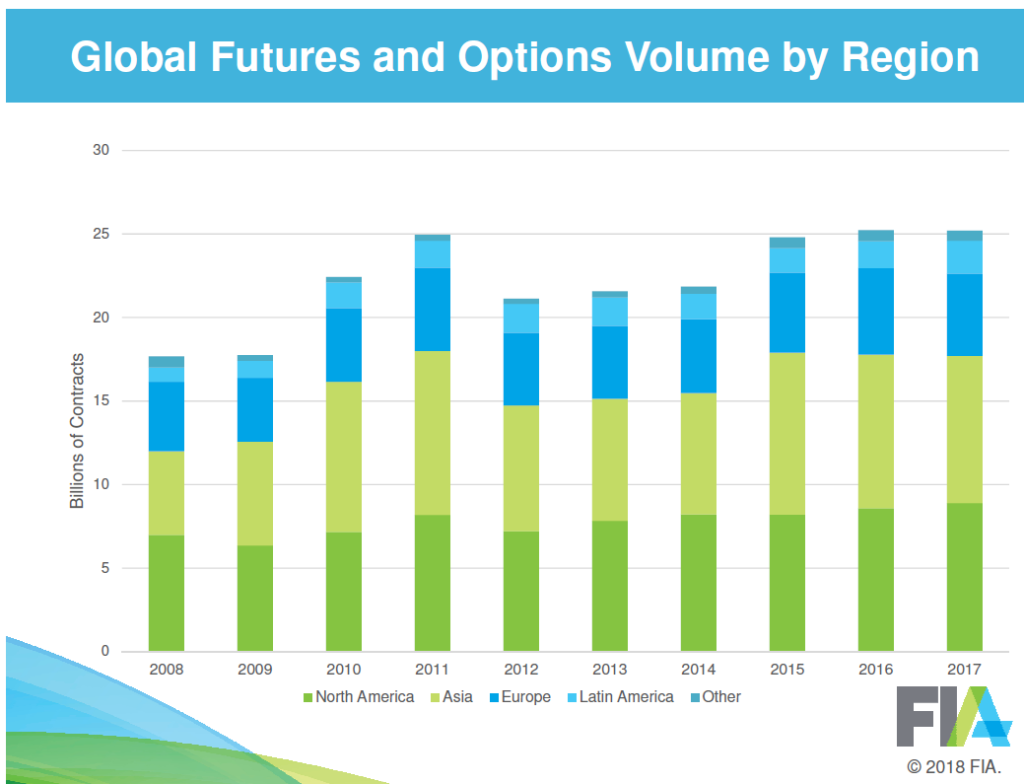 Overall volume did decline by 20 million trades, or 0.01% of total trades year-over-year. Each region experienced a decline in trading except North America and Latin America:

Between 2016 and 2017, volume of Interest Rate Futures and Options grew by 500 Million contracts. The biggest chance came from the 3 Month Euribor Futures contract (traded on the ICE Futures Europe) with volume up 62 Million trades, or a 46% increase. Eurodollar Mid-Curve Options saw a 35% increase in volume year-over-year, but comes in third place amongst most traded Interest Rate derivatives. 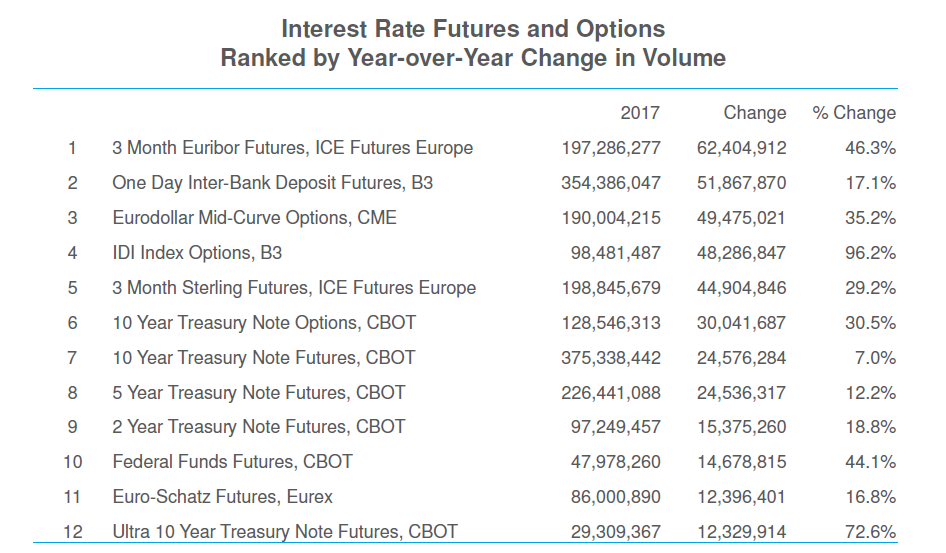 Meanwhile, the top Interest rate increase of open interest came from IDI Index Options, up 13 million contracts, or a 110% increase. 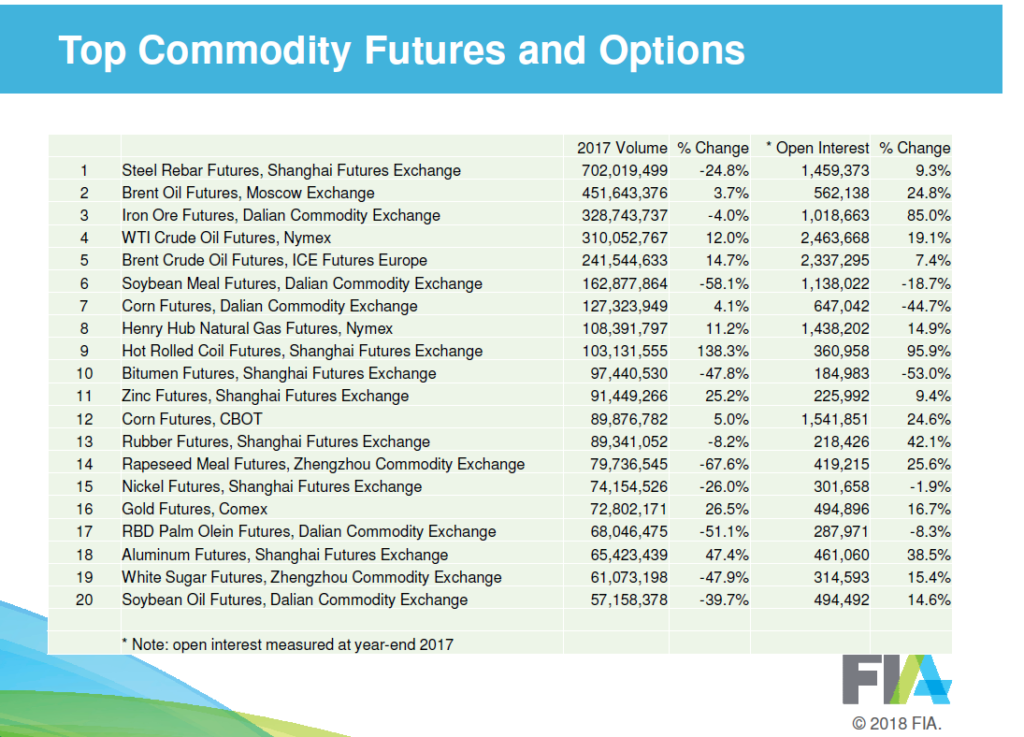 Finally, which futures exchange can hold claim to the most contracts handed over in the year 2017? No surprise, it is once again the CME with a 1.6 Billion in volume over second place, National Stock Exchange of India, and an almost 2 Billion contract lead over ICE: 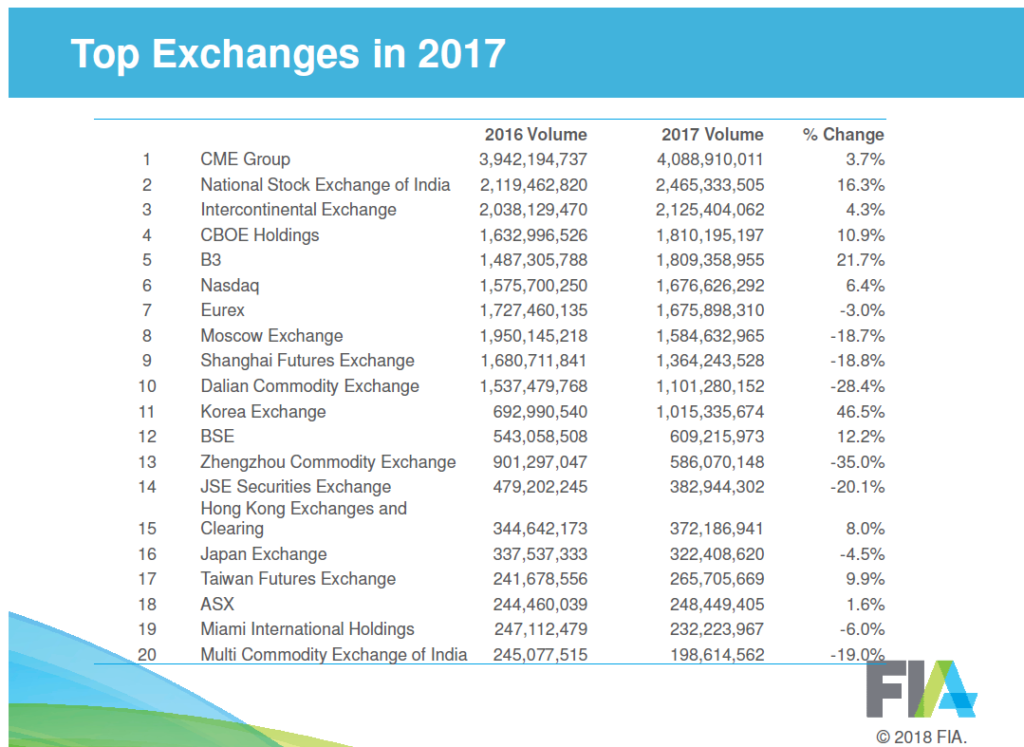 In a year with little market movement, it’s good to see the amount of market activity remained the same. The CME has taken an even larger lead for volume than any other exchange. When it comes to interest rates, we will say that Managed Futures and Global Macro programs love interest rate markets, which would set up for an even more interesting 2018 than we’ve already experienced.