Harvey, Irma, and the Future of Weather Volatility

In a time where Volatility seems to be everywhere (policy uncertainty) and nowhere (the markets), one place it has reared its head of late is in the weather – specifically severe weather. First came Hato (Hong Kong Typhoon), then Harvey, with damages totaling in tens of billions, and now there are three active hurricanes targeting Mexico and Florida. 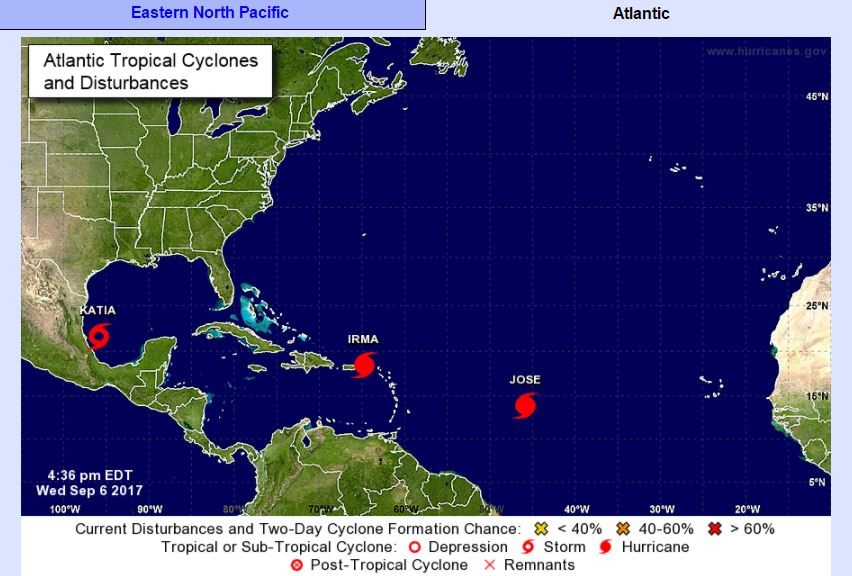 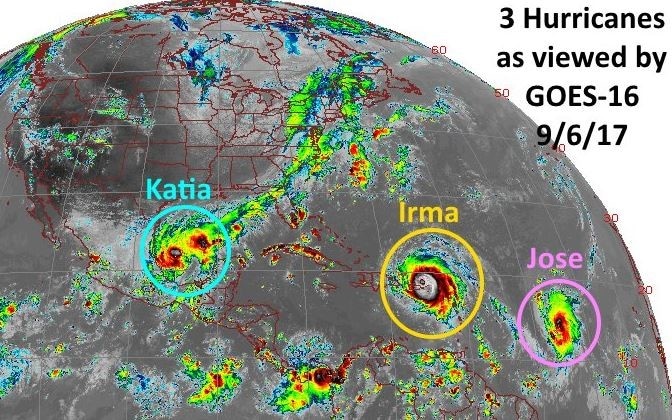 When Harvey hit Texas, there was speculation about how crude oil and other energy markets would respond. As Irma heads towards Florida and the east coast line, Orange Juice, Cotton, and Lumber markets have all reacted. Here’s CNBC talking about the moves:

Irma and Harvey are sort of Black Swans in the commodity markets (even though we know when hurricane season is and what can happen – so not a true Black Swan) , but exist somewhere between the not so good Binary event volatility spikes and extended volatility spikes.  In this case, we can all see the storm brewing out there off Africa, allowing for enough time to put on positions ahead of the storm – but it’s a coin toss until much later in the game whether the storm will cause market moves in certain areas/markets like we’ve seen lately with Orange Juice up 8% over the past month, Cotton up 5%, and Lumber up close to 4% (past performance is not necessarily indicative of future results) based on these storms.

For those looking to find returns in these moves, it’s far too difficult to time these markets when weather events like Hurricanes happen. Like trying to catch a falling knife where the consequences of not timing it perfectly can be drastic. The better approach would be to try and capture an overall rise in commodity volatility based on an overall rise in Global Weather Volatility – which we just happened to write about back in 2014.

So how do you bet on Global Weather Volatility? How do you get in front of that trade? Buy (soon to be beachfront) land in the middle of Florida? Sell short the hurricane insurers?  Buy futures on agricultural crops like Corn, Wheat, Sugar, Cotton, and the rest?  Buy the CME’s stock in anticipation of more hedging and speculation on weather and the commodities it affects? And how do you go about shorting ‘unscience’?

The first problem with trying to go long ‘global weather volatility’ is what exactly does that mean?   The common perception is this means a greater number of  storms, more droughts, and so on. But technically speaking, that would mean ‘weather’ would have greater variations around its mean – not just greater numbers of events.  So we’re talking hotter hots and colder colds, dryer droughts and wetter floods, tons of hurricanes then no hurricanes,  polar vortexes and years with no snow.  Only time will tell, but we suspect most of the fears out there concerning climate change revolve around an increase in the number of events, not the variance in the number of events. It’s semantics, but hey… we review investment manager’s stats all day long, what do you expect?

So how do you bet on a wide variance of possible weather conditions season to season and year to year?

Do you add Sugar to your portfolio on news of dryness and hedge funds doing it?  No. Ritholtz pointed to a recent Bloomberg piece saying “hedge funds were betting on Sugar due to dryness” as evidence that portfolio changes are already being made in relation to climate change, but this is quite a ways off the mark in our opinion. For the most part, those hedge funds playing in the Sugar markets are managed futures funds (something we know a thing or two about), who are predominantly systematic. These systems don’t have coding built into the system indicating when to increase, or change positions based on a lack of rain. They aren’t adding long exposure because of climate change – they are adding it because prices broke above technical levels signaling an uptrend… Maybe that’s due to climate change – but it’s a stretch in our opinion to use that as evidence. And we wouldn’t recommend anybody try and play climate change by simply adding Sugar, or any other commodity, to a portfolio believing that it will go up because it will keep getting hotter or dryer or whateverer.

If it’s more Global Weather Volatility, that means we could have years with record droughts causing tight supplies and higher prices; and years with picture perfect growing conditions causing ample supply and lower prices. The more volatile the weather season to season, the greater the variance in the crop yields season to season. So just buying a commodity isn’t going to get the job done – as the differences from season to season become more severe – bringing more severe up and down price action with them.

So how do you bet on more volatility between crops and more severe up and down price action?

Barry was on the right track with the mention of Sugar, but we view that as evidence of weather moving commodity prices – and specific strategies setup to capture such moves; not evidence of investors betting on climate change. Whether it be Natural Gas prices responding the Polar Vortex, hundreds of thousands of Cattle dying because of an early winter storm in the plain states, or a plentiful corn crop recovering from a year of drought;  climate affects futures prices. Indeed, that’s the whole reason futures exist, for the farmers and consumers to be able to hedge their risk of such weather events spiking or crashing prices.

The problem is… how in the world can you know when the next weather event will happen, and whether (pun intended) it will affect prices, and which prices it will affect. Trying to predict which markets weather will hit next is a guessing game nobody could successfully navigate, and you won’t know which side of the trade to be on either. The only answer is to be in a broad cross section of these markets, with exposure to grains like Corn and Wheat, softs like Coffee and Cotton, meats, and the rest. And to be ready to trade either long or short in each of them, as the variations in the weather can either aid or hurt supply.  The only answer is a systematic approach which insures it will be in the outlier moves up and down by getting into every move, even the ones which don’t see any follow through.

Now, this strategy isn’t for everybody. For one, it doesn’t derive its return stream from the unemployment report, earnings numbers, or the latest tech IPO – so there’s very little to support your investment when you turn on CNBC every day.  Secondly, it is possibly the most frustrating strategy out there, being the antithesis of the consistent monthly returns investors yearn for. Trading such a systematic commodity strategy will be a string of fits and starts, of years of boredom followed by months of incredible excitement when outlier moves finally happen, and of multi-year losing streaks like is being seeing right now in the managed futures space.

You see – it’s no mystery how to bet on Global Weather Volatility. You bet on volatility in commodity markets. You enlist a strategy designed to keep its powder dry and head above water during low volatility times,  while insuring it will be involved when volatility spikes – through accepting many small losers until the winner comes. Yes, we’re talking about managed futures, but trend following in particular, and commodity trend following in particular. It’s also long/short commodity funds, global Macro funds, and Ag traders – all of which have a long volatility profile.

What about the fact that futures markets have experienced an 89% consolidation in volatility over the first six months in 2017?  All the better, in our opinion. It looks like markets might finally be starting to move, and jumping in now would be adding in some contrarian investing and breaking the performance chasing cycle as well. Where do I sign up? Speak to an Alternative Investment specialist, here.