It seems anywhere you click, there’s an article articulating when the crude market is going to break and in which direction.  Whether its OPEC cuts working or more record supply from the US, nobody quite knows what to do with an Oil market that fell 70% or so, only to rally back 50%. Well, almost nobody.

The part which rings true for us in those lyrics is “I’ve been here for years.” You see, while commodities traders are seeing renewed interest, and EVE is as well due to recent performance; the firm’s been around for years. Sure, it looked bleak there for a minute, with three consecutive losing years between 2012 and 2014. That’s why you invest in a process, not a track record.  See QIM as Exhibit 2 in that regard. While others were heading for the hills with this program, the folks at EVE were assessing the model, greatly reducing the use of CSOs (calendar spread options), and figuring out how to make money again.

Now, they’ll surely have drawdowns, losing years, and flat periods and all the rest in the future. But for now, it’s worth acknowledging and recognizing that drawdowns can end. That investors can be rewarded for investing in drawdowns, and that managers can pivot and improve without abandoning their roots and core beliefs about markets. EVE is a good reminder of all of that in a time where the rest of the industry is in a less than stellar period.

And somebody’s finally noticing: First, the fund advisor Emil Van Essen won “Best Specialized CTA” in 2017, per the CTA Intelligence Awards voted on by members of the managed futures community. 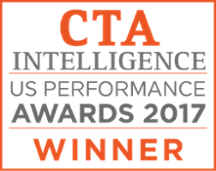 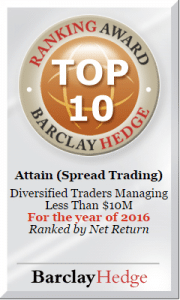 If you’re one of “those people” interested in the commodity markets because people think there’s going to be breakout, there are a lot of underlying issues most people aren’t aware of.  We think it’s better to access commodities in a more dynamic way, getting the exposure without the always on directionality, a la EVE. Call us at 855-726-0060 to learn more about the Emil Van Essen Spread Trading Program.